Everyone knows all about Las Fallas – started in the middle ages to celebrate the coming of spring. You don’t know? Here’s a one-minute recap.

Workshops would through the woodchips etc out on the street during March, along with anything else they didn’t want, and would burn it. Over time, these fires became more artistic, leading to statues representing people and events, which could be set on fire as spring emerged. Now, the city celebrates big style, starting at 8am with bands and fireworks to wake up the city, called La Despertà. Each day for the 19 days of the fiestas, the 2pm Mascletà lets off an insane amount of fireworks for all to enjoy (see below video for a demo). After 15 days of gunpowder, bands and parades, the statues are brought out, the La Plantà, when about 400 statues are placed around the city, cutting off the streets to everything except enjoying the fallas and festivities with paella, churros, chestnuts, beverages and pretty much anything you like. One the party nights of the 15,16,17 and 18, you can enjoy the Els Castells and La Nit del Foc, riverbed fireworks, the L’Ofrena de flors, the flower offering (17/18March) in Plaza de la Virgen,  plus streets parties and meals shared by neighbourhoods. On the 19th is the Cabalgata del Fuego, with parades, fireworks and snacks before the midnight Cremà, where all the statues are burned to dust, including the ones judged as the best of the competition (one is saved for display). The party goes all day and night for 19 days, and men can wear traditional Saragüells outfits, while women enjoy fallera dresses, and being voted in as a fallera girl, and participating in parades, fireworks displays etc is a big deal and excellent to enjoy during the fiesta. There, basic recap done.

But this isn’t a history lesson, this is the photo of the week. Here are a few examples of fallas statues over the past 100 years, next today’s offerings (plus videos at the bottom to enjoy and learn a bit more in a short time). 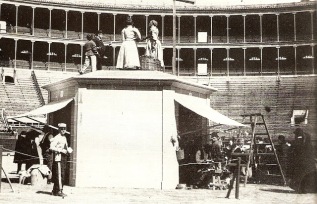 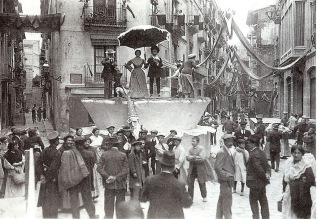 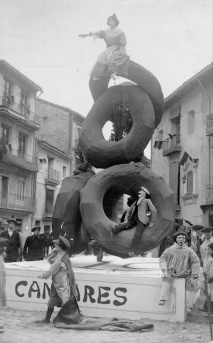 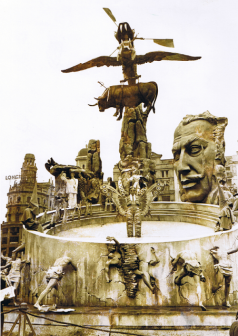 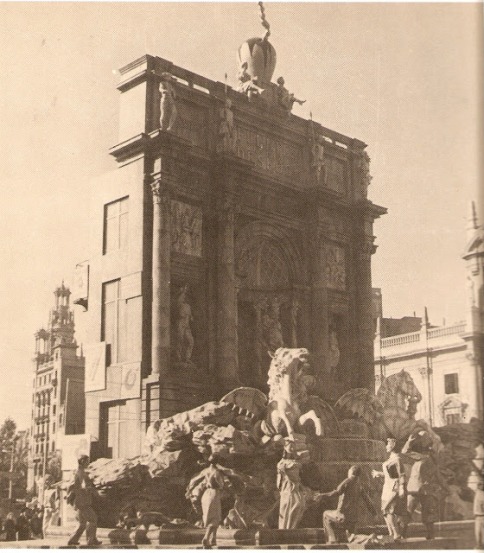 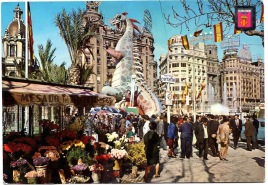 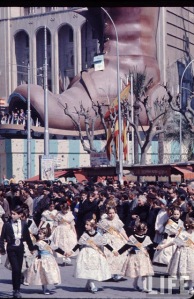 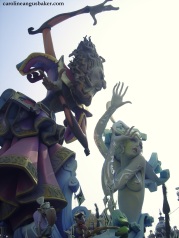 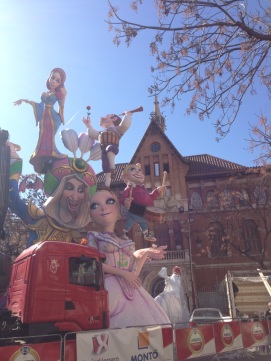 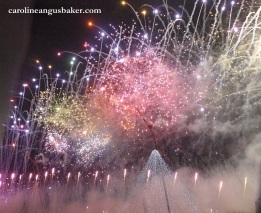 All about Las Fallas