The moderate man shall inherit the kingdom. That man needs to be the Queenmaker.

London, January 1537 – Thomas Cromwell is in deep mourning. His new queen is on the throne at King Henry’s command, but the personal cost is too high. Nicòla Frescobaldi is lying dead inside the Medici tomb in Florence, and Cromwell’s only daughter Jane is missing. Now, the people of England have rebelled against their king, marching to London to start a civil war. The Pilgrimage of Grace has two demands: remove all the Reformation changes from religion and cut off Cromwell’s head.

Cromwell needs his friends, allies and the king’s favour more than ever, but he can do nothing when Queen Jane dies giving England its son and heir. Cromwell’s son has married the Queen’s sister, but the Seymours will disappear from favour if Cromwell does not eliminate all those able to take their place. There is only one solution; become Queenmaker yet again and find a foreign princess for Henry, one to seal religious change and create stability in the war of Catholic against Protestant.

Nicòla Frescobaldi may be dead, but Duchess Nicòletta of Florence is not, so Cromwell and his creature can rule politics again to control England and Ireland. But when war with the Holy Roman Empire threatens, all of Cromwell’s powers, titles and schemes cannot save him from his oldest enemy in England, and a betrayal deep in the heart of the powerful Cromwellian faction.

There will be blood…

The Queenmaker Book Three: NO ARMOUR AGAINST FATE will be available worldwide in hardback, paperback and on Kindle  HERE 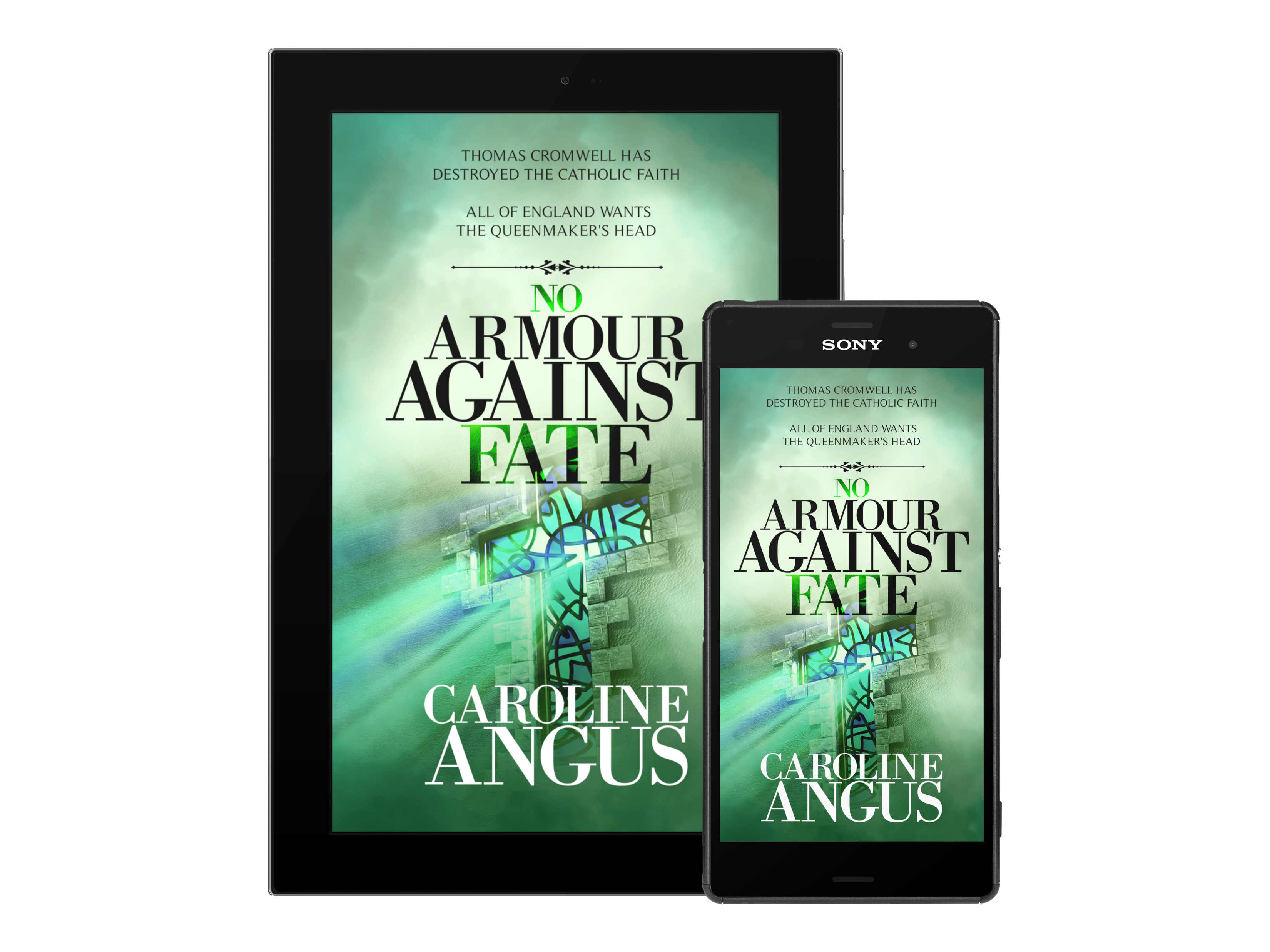