After doing a well-known landmark in the last installment, this week is an iconic Valencian scene that was wiped from the earth in a moment of a politician’s stupidity. Not sure which one? Palacio Ripalda, which would sit on the north side of the Turia over the Pont del Real bridge, had the castle not met its demise.

In 1889, María Josefa de la Peña Paulín, the Countess of Ripalda, commissioned a palace from architect Joaquín María Arnau Miramon, on Paseo de la Alameda, over the river from the central city of Valencia. The design copied French chateaus, unseen in Valencia, and construction was complete in 1891. The castle mimicked the rise and fall of the family who had her built.

The tale starts with the story of  José Joaquín Ramón Sánchez Agulló de Bellmont y Ripalda, Count of Ripalda, a member of a rich ancient family who had owned many properties through the Valencian province. As typical in Spain and its feudal system, the family had a noble title and was super rich for centuries, and lorded over property here, there and everywhere. The family had streets, suburbs, walkways and lands named after them wherever they owned property. The Count was a fine arts lover and was president of the Royal Academy of San Carlos from 1860 until 1868. He also worked for the Real Sociedad Económica de Amigos del País (Royal Economic Society of Friends of the Country).  In 1863 when the International Red Cross was founded in Geneva, Ripalda was Spain’s representative and was also a conservative MP in Valencia. He went to be the president of the Red Cross in Spain, and generally lived a happy, rich lifestyle.

In 1876, Count Ripalda died, his French-Spanish aristocracy wife, Countess Maria Josefa inherited his fortune and property. She set to building the Passatge Ripalda (off Calle San Vicente), an alleyway of shops in a new European style. Apartments were built around the passage, giving it an arcade feel and led out onto Plaza Pelota (now Calle Moratín). She also commissioned a grand hotel, home to Valencia’s first elevator. But the big project came when the Countess decided to build a grand family home on the farmlands on the edge of Valencia city, next to the Jardines del Real (Royal Gardens) and along Paseo de la Alameda, the road against the edge of the river. After multiple drawings and changes with her architect, Joaquín María Arnau Miramón (who also did Passatge Ripalda, and was said to have an ‘intense professional relationship’ with the Countess, make of that what you will), the project went over budget but was completed to the Countess’ whims. The Countess didn’t live long after her castle was completed, but had enough time to fill the place with fine furnishings and artworks, all of which disappeared over time.

The castle belonged to the next Countess, but when Valencia became the capital of Spain during the civil war, Palacio Ripalda became the headquarters for the Ministry of Commerce. The last Countess died not long after the war was over and with no children, the castle was handed to her nephews, not part of the ancient Ripalda lineage. The royal title has since been renewed when relatives were appointed the Countess and Marquess name.

Palacio Ripalda fell into a state of disrepair, and while the outside facade remained in relatively good condition, the interior was said to have suffered, though this is in dispute. As time went on, and Valencia entered its construction boom of the 1960’s, the castle and its gardens started to get in the way of a new era of the city.

In 1967, as the castle sat unoccupied, Valencian mayor Adolfo Rincón de Arellano wanted to demolish and redesign the trade fair grounds next to the castle as the city expanded. It was quickly decided the castle too had to go. Despite complaints from locals and the press weighing in to save the landmark, with the help of politicians and businessmen getting together for their own gain, the castle was swiftly torn down in the name of progress. Legends started to swirl that the castle would be moved to Florida, where the stones had been sent, to rise up again, though it was more fancy than reality. The castle was torn down 100 years after another idiot spot in Valencia’s history – the tearing down the city walls, which would have made Valencia a (even more) unique location. Time obviously doesn’t stop politicians from making bad decisions. 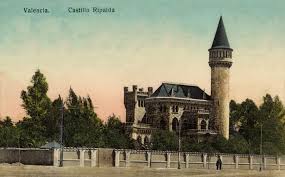 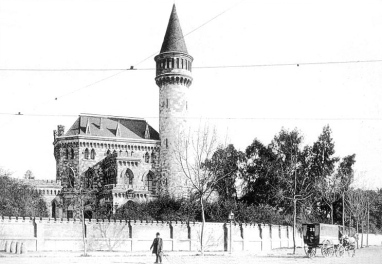 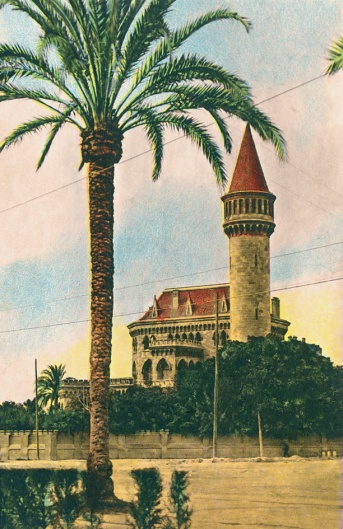 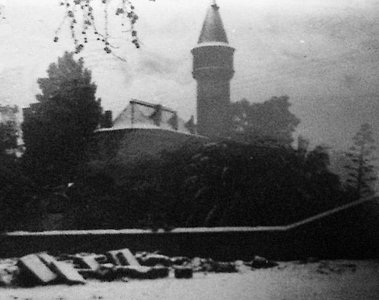 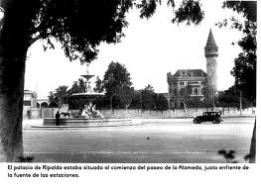 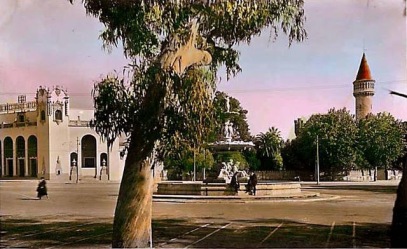 After the demise of the castle, an apartment building was built, called the Pagoda, which isn’t exactly pleasing to the eye (though the apartments inside are nice and simple enough, I suppose). The Monforte gardens remain behind the complex, a little ode to the palace that once belonged to the regal Ripalda family. 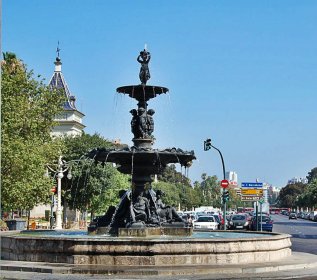