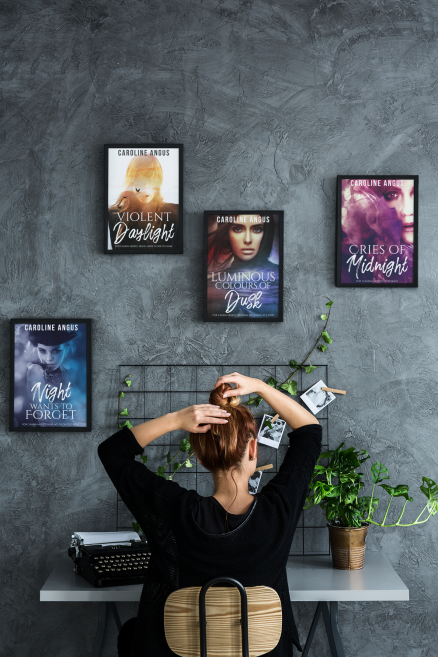 It’s TEN YEARS since the release of the first Canna Medici book, NIGHT WANTS TO FORGET. I can’t believe it – 10 years! To celebrate, all four books in the series have been re-released with new covers, and the story has been updated for the new decade. But Canna and her violent outbursts remain the same. While this series does not encompass any of my historical study or work, Canna Medici is especially important to me. New to Canna Medici? Read on.

Also, if you have downloaded any or all of these in the past, you can have the 2021 edition sent straight to your Kindle, or device of your choice through the app. Anyone who has read/owned the older editions can have the new version at no cost.

All Amazon ebooks are regularly updated, though not all books automatically get sent straight to your account/device. If you have the book already (and did not receive an email advising you of the update) and still want to upgrade for free simply –

1. Login to your Amazon.com account
2. Hover your mouse on the right-hand side top where it says – Hello (Your
name).
3. Go to “Manage Your Content and Devices” page and you’ll be able to download the newer version from this page.

Canna Medici is a hedonistic young woman who flees her home and an abusive relationship in Italy, and finds herself in a new life in London. She becomes the new assistant of Virtuosi, a small opera group who are about to embark on a tour of ten of Europe’s greatest opera houses. When Canna soon becomes romantically involved with English tenor Dane Porter, trouble comes in the form of fellow Virtuosi singer Claudio Ramos Ibáñez, the dark, brooding Spanish baritone. Canna and Claudio have crossed paths once before with vicious consequences, and each are desperate for the truth to remain hidden.

As Claudio becomes more and more entangled in Canna’s violent and addictive secrets, Dane is forced to re-evaluate his life – his morals and stereotypes are going to be tested in order to accept her dark past. Canna continues to pursue pleasure at any cost, exploiting the weaknesses of those around her in an effort to hide her demons. All of the men and women in Virtuosi are going to be hurt by Canna’s narcissism unless she can overcome her inner torment.

Canna is night and Dane is day, and while the night wants to forget, another night is calling to her in a form very close to home, and love holds on too tight… 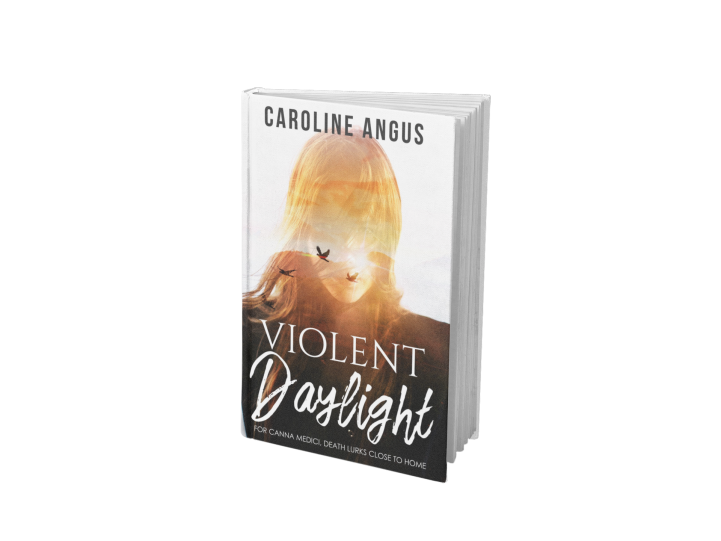 Canna Medici is free. Her tyrant husband, Giuseppe Savelli, is dead and can’t hurt her anymore. Or so she thought. Now that the recovering drug addict is the head of Caraceni Industries and heiress to Giuseppe’s billions, Canna finds that the riches are more dangerous than ever. Giorgio Savelli, the charismatic but volatile nephew of the deceased family patriarch, wants the Caraceni fortune, and Canna needs to decide how to eliminate Giorgio and be the sole heir of the dirty money.

Operatic music group Virtuosi are in the throes of stardom; world tours, new albums and legions of fans beckon. All baritone Claudio Ramos Ibáñez wants is to be with his lover, Canna, whose business dealings take her to Milan far more often than he likes. The Virtuosi group adapt to the new relationship between Canna and Claudio, but tenor Dane Porter isn’t sure of how he feels about Canna. Dane finds himself in a situation where he can destroy Canna and Claudio’s already strained ‘happily ever after’, and Virtuosi risk a descent into jealousy and madness.

When a brutal murder occurs, and Virtuosi get caught up in the scandal, Canna begins to question if she can have a future with Claudio. As the bodies of enemies and loved ones begin to pile up, the dark desires of drugs and self-mutilation dominate Canna’s mind. The truth won’t set anyone free, and Canna’s life is again under threat, this time from her most dangerous adversary – herself. Eighteen months have passed since Canna Medici’s second near-death experience. Her new life has taken shape in the Corsican seaside town of Bonifacio, married to her soul-mate, Spanish baritone Claudio Ramos Ibáñez. With a successful boatyard to run, Canna doesn’t realise that her meddlesome friend, Abigail Troublé, is keen to move on from the death of her husband with a certain opera star…

One piece of the couple’s perfect life is missing. Claudio’s young son, Casamiro, still lives in London with his mother, Veena. As Canna and Claudio’s belated wedding ceremony looms, Claudio learns that life may give him a way to keep Casamiro on a more permanent basis, but custody will come at a great cost…

When Canna and Claudio are forced to spend more time in London, Claudio’s colleagues from Virtuosi, the now-broken famous opera quartet, want him to return and take his place as a superstar. With life in the spotlight and a custody battle, Claudio is too distracted to realise the danger of Canna’s mysterious Italian visitor…

It’s time for Canna to lay the ghosts of her murderous and drug-addicted past to rest, once and for all, but life crumbles when a surprise arrival shakes her happiness to the core… 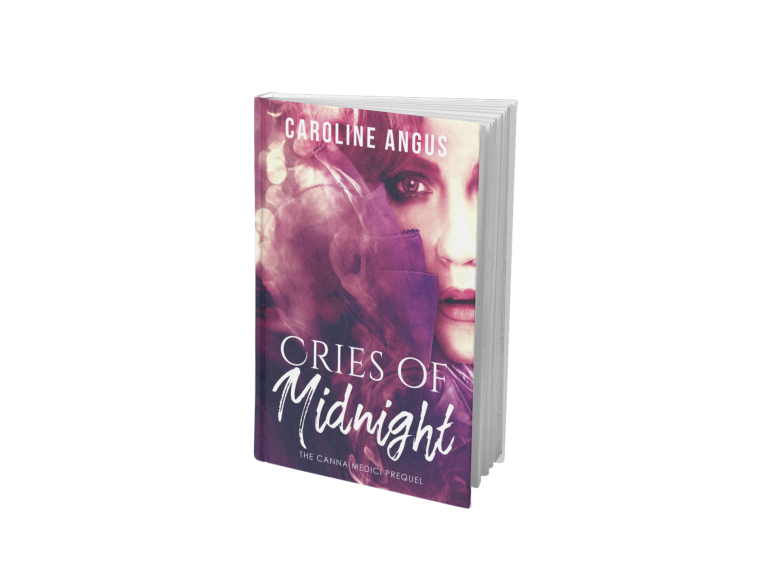 Years before Canna Medici stumbled into the offices of opera quartet Virtuosi, she had a chaotic life as an Italian Countess. Riddled with abuse, self-loathing and the desire for pain, Canna had to fight for her life against Count Giuseppe Savelli, her greatest enemy.

Canna tells the story of the final few months of her marriage, raw and honest as she struggles with her choices, the men she is tangled up with, and the realisation that money causes more pain than it cures. With everything at her disposal, Canna only needs to find one thing – freedom.

Told solely through Canna’s point of view comes the prequel to the ‘Canna Medici’ series, involving an Italian husband, a French lover and a Spanish man, a man with a broken soul but scintillating voice. Mistakes pile up around Canna as she decides what is best for her in a world of wealth and want. Canna is still innocent and yet destructive as she barrels towards the accident which will change her life.

A must-have for owners of the ‘Canna Medici’ series.